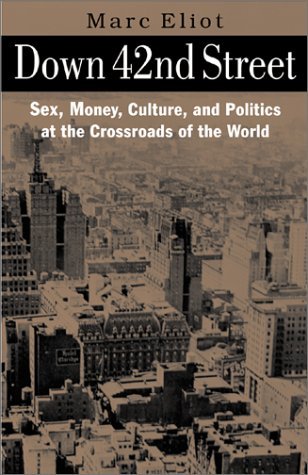 "A rambunctious social and political history of Times Square and 'The Deuce' street slang for 42nd Street covers a lot of territory, but makes its points with wit and an insider’s keen insight, from Revolutionary War battles on the nascent site of 42nd Street to the building of Grand Central Terminal; from the growth of New York’s theater district to how the business-oriented Committee of 14 attacked prostitution, censored theaters and nearly killed Broadway from 1904 to 1930. Explaining how the street became famous for sophistication and then for grime and crime, Eliot is best when focusing on the economic developments that shaped the area: Vanderbilt bullying city officials to build Grand Central; Ed Koch’s deals with developers for redevelopment in the 1980s that destroyed many historic theaters; the Gambino crime syndicate’s lost claim on the area to 'a rodent of a different sort,' the Disney Corporation. Comfortable and conversant with a wide range of cultural artifacts and events (Dead End Kids movies, the changing censorship laws of the 1950s and 1960s, changing food habits of New Yorkers), Eliot paints a lively portrait of urban life...a popular and engaging look at “the crossroads of the world.”